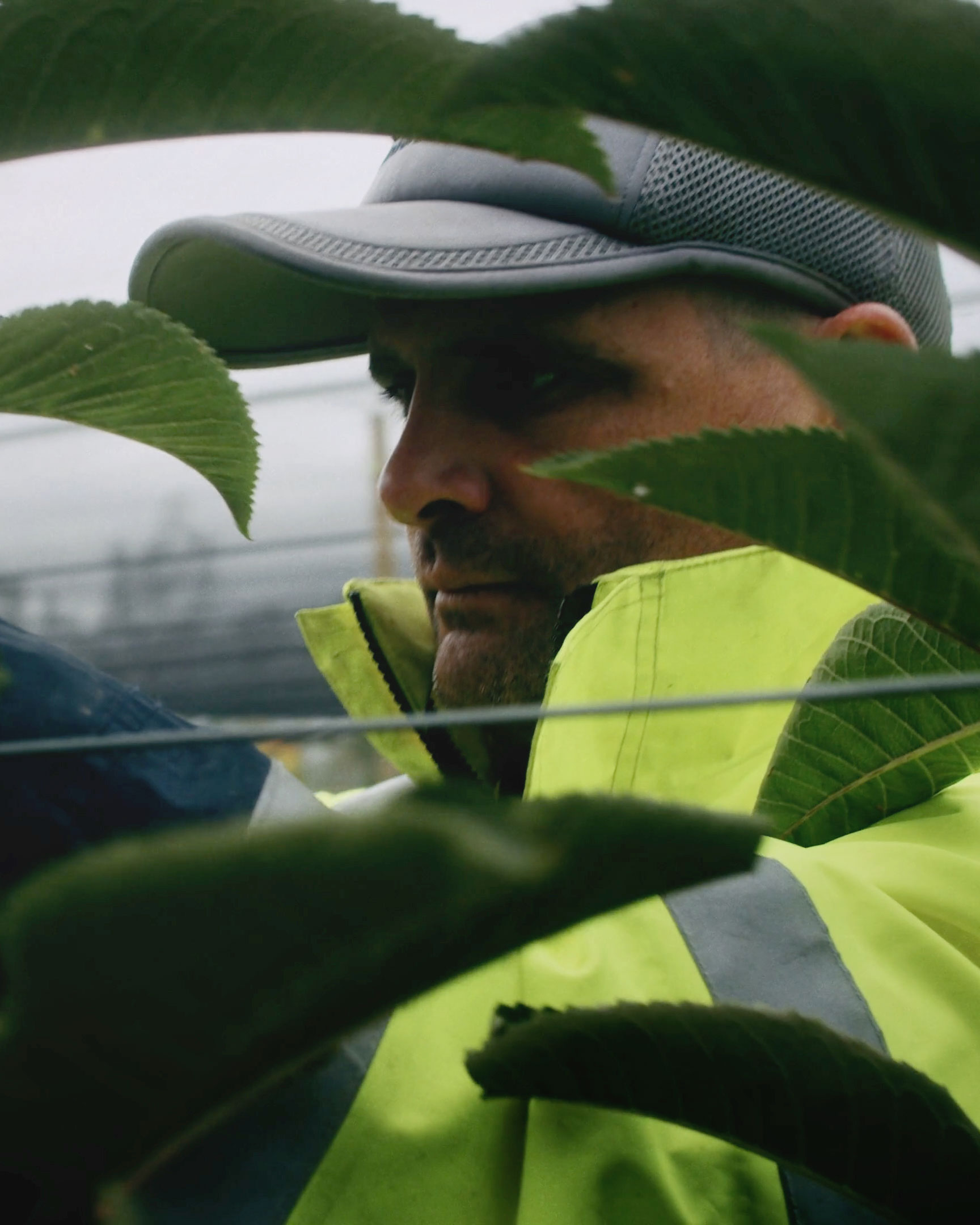 Forest Lodge Orchard (FLO) is a high-density cherry orchard that operates without burning fossil fuels. They are the first commercial food grower in New Zealand (if not the world) to achieve this goal.

The climate is a key focus in what they do, and they believe that New Zealand's future as a food-producing nation will excel with their ability to grow and produce food in a highly sustainable and climate-friendly way.

Founded in 2019, and located in Central Otago, New Zealand, Forest Lodge is a 6 hectare cherry orchard with just over 9300 cherry trees grown using the Upright Fruiting Offshoots (UFO) training system. This 2D system was selected for its high production output, combined with its ease of operation. Less energy and fewer inputs are required to produce high quantities of top quality New Zealand Cherries.

The farm is supported by a 45 kWh solar production and a substantial, extendable battery array. They also actively export power back to the national grid, helping contribute to its renewability and reliability and supporting the initiative for a 100% renewable grid by 2030.

"I don’t want us to be the only zero fossil fuel farm in New Zealand. I want to use what we’ve done to really shift the needle when it comes to climate change"
Mike Casey
Orchard Owner

In an industry known to produce high emissions, FLO has taken significant steps to eliminate carbon (and fossil fuel use) across the orchard. As a result, day-to-day operations have been electrified. From their irrigation to their frost fighting fans, electric vehicles, tools, and even a future electric tractor and truck!

As an example, frost fighting traditionally uses fans that are diesel powered, or helicopters are brought in to help generate airflow and reduce the chance of frost setting in. Both of these methods generate large amounts of carbon emissions. Installing two electric frost fighting fans has helped to remove this certain carbon emission contribution from the orchards footprint.

The same applies to electric vehicles, which have replaced traditional combustion engine powered vehicles (such as the orchard cars, lawnmowers, golf carts and hedge trimmers) with electric powered alternatives. A electric tractor has also been ordered and will be a welcome addition to the orchard come mid 2022 (covid and international supply chain permitting).

All this equipment is supported by a 45 kWh solar production and a substantial, extendable battery array. FLO also actively exports power back to the national grid and in 2021 won the Sustainable Energy Association of New Zealand (SEANZ) award for the best grid-connected system.

FLO’s goal is to produce enough power to run everyday operations when season and weather permits, and to interact smartly with New Zealand's national grid. This includes buying extra power when needed and renewable, and selling it when they have a surplus through their own custom-built software. They aim to have zero net energy annually, and complete incremental payback of the installed electric technology within 10 years.

There are several aspects of the orchard that have been designed and introduced in order to maximise operational efficiency.

Upright Fruiting Offshoots (UFO) training system is a high density growing system where trees are trained on a 2D wire trellis with upright offshoots that produce the cherries. This allows the orchard to plant 1650 trees per hectare compared to the traditional 666 per hectare. As a result, they irrigate, train and maintain their trees using less land, less energy and water, while allowing greater growth with higher levels of light inception.

With the upcoming arrival of the Monarch Electric tractor, this will also allow management of the tractor remotely (driver optional) increasing safety while saving time and labour costs.

Reach out, get in touch and start a conversation around anything and everything fossil fuel free and NZ0 related.
Learn more